The VVers have been offline for a little while.  It's not because they stopped loving vinyl!  They took some time off of record obsessing to spend time making a human!  Bebe VVer was born right at the end of 2018, and VVer1 documented his first week of records.  Here they are in order: 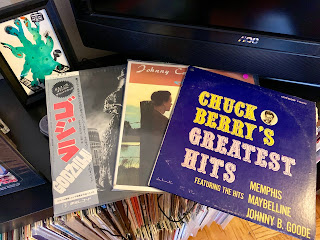 Day 1 (home from the hospital)
Godzilla Original Japanese Soundtrack
Johnny Cash Johnny Cash Sings Hank Williams
(He enjoyed the sound of this one a lot. It was the only one to get a repeat play later in the week.  A good one to dance to.)
Chuck Berry Chuck Berry's Greatest Hits 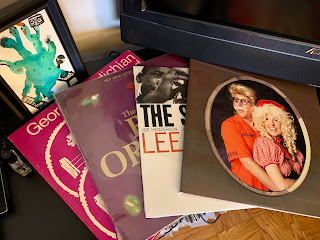 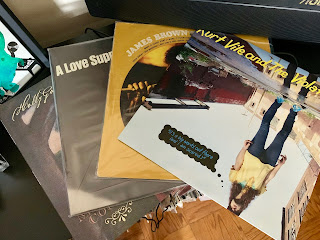 Day 3
Holly Golightly the Brokeoffs Medicine County
John Coltrane A Love Supreme
James Brown Soul Classics
Kurt Vile and the Violators It's a Big World Out There (and I am Scared)
(This one put him right to sleep and the album title is entirely appropriate.) 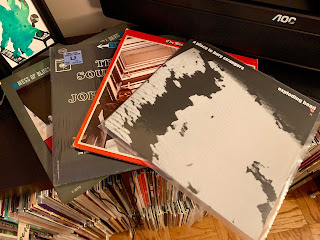 Day 4
Johnny Hodges and Wild Bill Davis Mess of Blues
Johnny Cash The Sound of Johnny Cash
The Beatles 1962-1966 (He just did not care for this at all.)
A Place to Bury Strangers Exploding Head
(He seemed interested in this one for at least a track or two before his tiny little head exploded.) 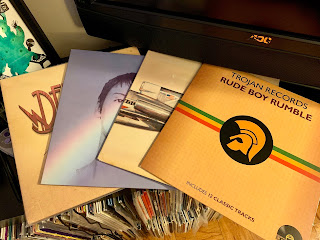 Day 5
Deltron 3030 Event 2
Cat Power Sun
(Not only was this the favorite of the entire week, but the title of the album was the most appropriate.  Bebe VVer enjoyed dancing with VVer1 for three out of four sides of this double album, smiling, chirping, and generally having a look of true wonderment.)
Beastie Boys License to Ill
Various Artists, Trojan Records Rude Boy Rumble 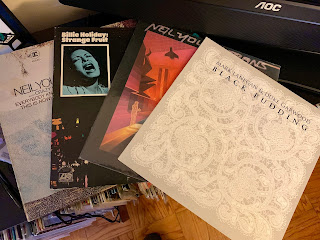 Day 6
Neil Young Everybody Knows this is Nowhere
Billie Holiday Strange Fruit
Neil Young Trans
(Other than track one of side B, he really loved this one.  Truly he is the child of the VVers.)
Mark Lanegan & Duke Garwood Black Pudding

Fast forward two months: The VVers continue to try out all sorts of new sounds with their progeny.  So far, assuming he's had a nap, he's been open to just about everything!  In a pinch though, it's essential to have easy access to his faves.  With that in mind the VVers have shuffled the record collection to provide him his own section.  Focus on this section has been placed more on how calming and sleep inducing the music will be.  Anyone who has even tried to get an over-tired baby to sleep will understand this.  Records that he has taken to are being relegated to the easy-access top section of the record shelf.  Easy-access meaning when holding in one arm the now-heavier-than-13lbs potato sack that is crying and squirming, the record is a quick grab.  That being said, the convenience of some CDs and digital music has inched its way back into the VVer's speakers.  He still prefers vinyl for visual experience and sound quality (obviously!) but the bebe doesn't like pauses between tracks and good luck if you have to flip the record!  It takes more than a few seconds for that turntable to slow to a stop, flip, and get back up to speed--ut oh, baby woke up already in typing that.
WAGH WAHHHH WAHHHHHHHHH!!! 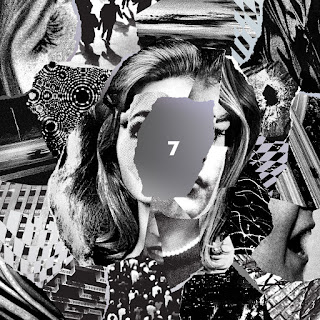 Since the first week, Baltimore band Beach House became and continues to be Bebe VVer's favorite band; possible coincidence, he "saw" them in concert while in utero a few months prior.  Their 2018 album, 7, is his all-time favorite--meaning it immediately calms him down.  Atmospheric, droning, and soothing female vocals get him into the sleep zone, "60% of the time, it works every time."  ZZzzzzZzzzzzzzZZzzzzz.
THANK YOU BEACH HOUSE!

Email the VVers with ideas or to order a zine!